Today, Mike and I visited Jerry Remy’s Sports Bar and Grill. Jerry Remy’s is known as being “Home to the Screen Monster” and features several very large television screens, which makes it a popular bar for watching sporting events. There are 2 other locations: one at Fenway Park (very popular during baseball season) and one inside Logan International Airport. The Fall River restaurant is located on the waterfront at Commonwealth Landing.

Even though the food was just average, you are coming here mainly for the sports atmosphere. There are plenty of gigantic big screen TVs for watching Celtics, Red Sox, and New England Patriots games. The Fall River location features a huge 17′ screen,  2 14′ screens, and a variety of additional flat screens located throughout the restaurant. This bar/restaurant has some of the biggest screens I have ever seen and enough TVs so that everyone can watch no matter where they sit. 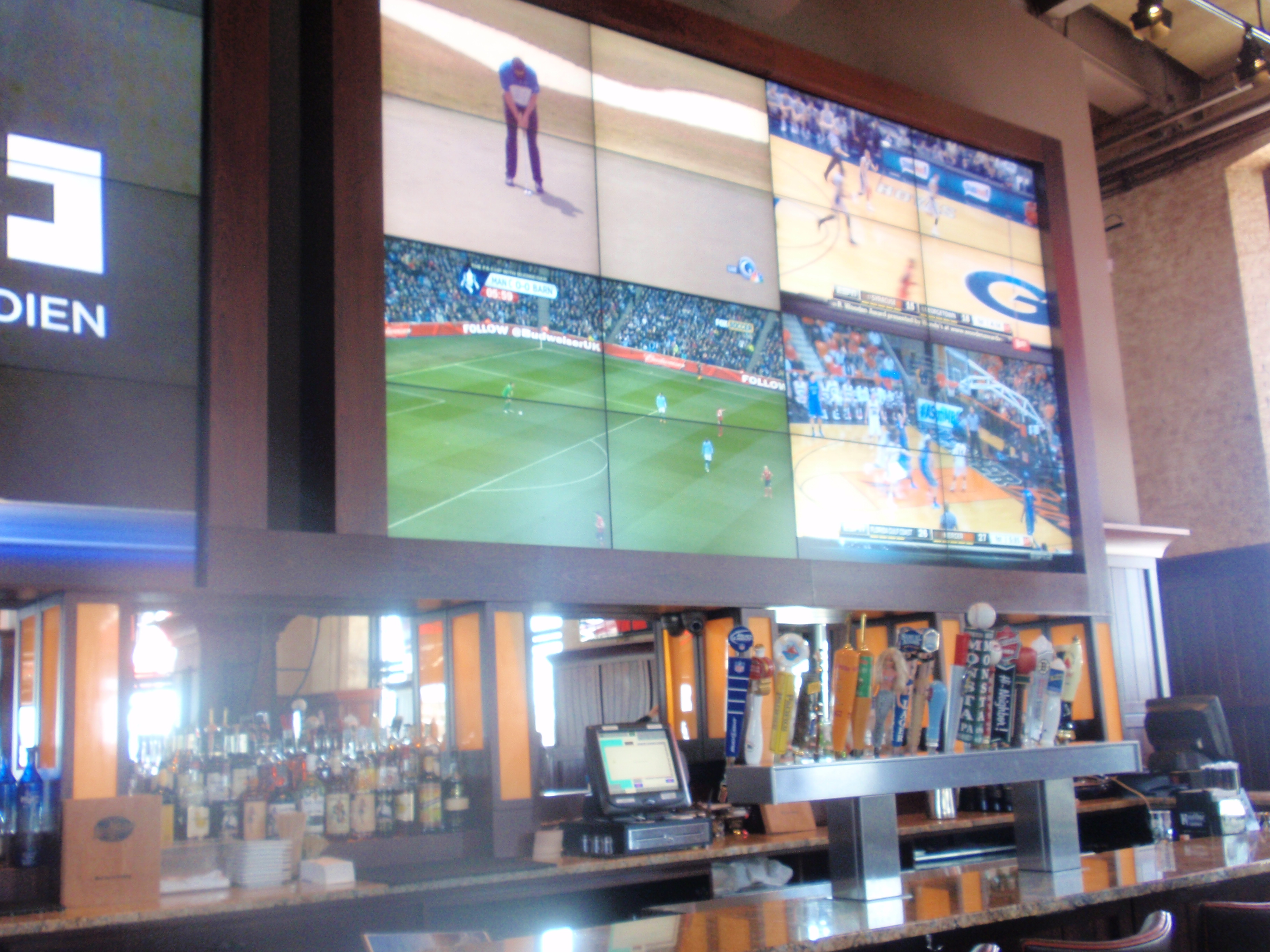 There are 20 beers on tap, plenty of wines and cocktail choices, and a Make your own Bloody Mary Bar on the weekends. Also offered on a weekends is a special brunch menu. We opted for the lunch menu. We started with the spinach, artichoke and red pepper dip which was served in a bread bowl with blue corn tortilla chips on the side; this was pretty good.

I ordered the Warm Fall Harvest salad which was good, but not great. The salad included a combination of zucchini, squash, carrots, and other assorted vegetables but the dressing was a bit too sweet for my taste. Mike though his Turkey Burger was decent, but not the best.

I would visit Jerry Remy’s Fall River again but probably only during a game. You really come to a place like this more for the game time atmosphere than for the actual food. Next time we will come for a few drinks and appetizers during game time! You are better of visiting during a game and taking advantage of those gigantic screens!

15 Spectacular Places in the Northeast