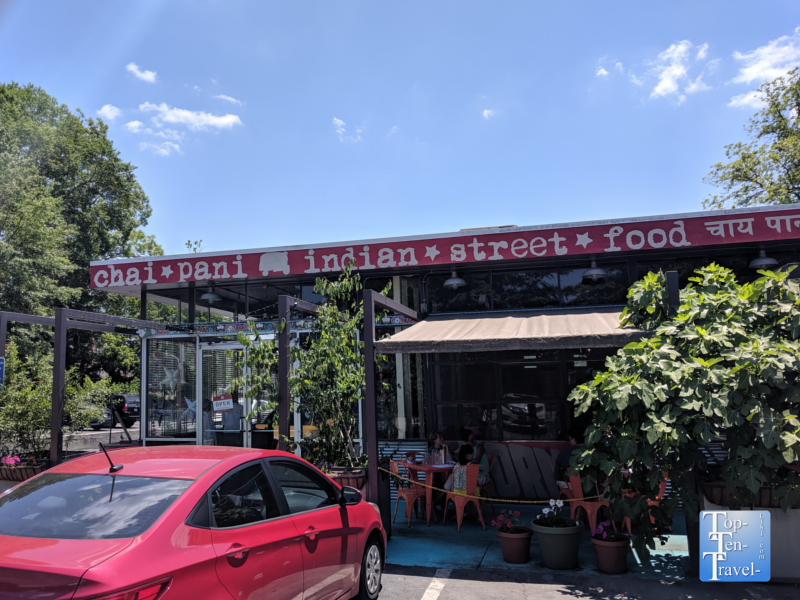 Chai Pani is a wonderful Indian restaurant specializing in street fare and thalis. This little gem originally opened in the foodie haven of Asheville, NC, and has thankfully also expanded to include a location in the suburbs of Atlanta. If you are up for something new, give this little Indian cafe a chance while you are in the area.

Chai Pani is located in downtown Decatur. It's a must if you love Indian food. This restaurant has won numerous awards over the years, and has even been nominated for the prestigious James Beard award. In Indian slang chai pani translates into "tea and water" and basically means going out for a cup of tea or a snack.

At Chai Pani, you can test all sorts of interesting Indian snacks and street fare. The food is all fresh and homemade, and most important, extremely delicious. Pricing is a bit on the high side compared to most Indian restaurants. Nevertheless, it's nice to find something different as opposed to your typical Indian buffet.

The highlight here is the menu of "chaat" specialties which are basically Indian street snacks. Lots of tasty options here including vegan and vegetarian fare. You really cannot go wrong with the kale pakoras!

Indian sandwiches and crepes are also on the lineup. The best way to go, however, is with a traditional thali. A thali allows you to taste a range of regional dishes which highlight the diversity in the cuisine. Both veg and non veg options are available.

With each thali, you will get to try a veg or non veg special dish of the day, plus basmati rice, homemade daal, raita, housemade roti, kachumber, and Lijjat papadum. We tried both the veg and non veg options, and both were equally delicious. On one sour note, the dish was a bit overpriced at $13 for such a small serving.

At Chai Pani, you order at the counter. Waiter service would be nice. Nevertheless, service was decent enough, although the staff could have been a bit friendlier.

The setting at Chai Pani is fresh and modern. Nice artwork and a fun bustling vibe make this a great place to meet up with friends or take a casual date. And because of its' great location in downtown Decatur, you have plenty more to do after your meal without driving anywhere else. 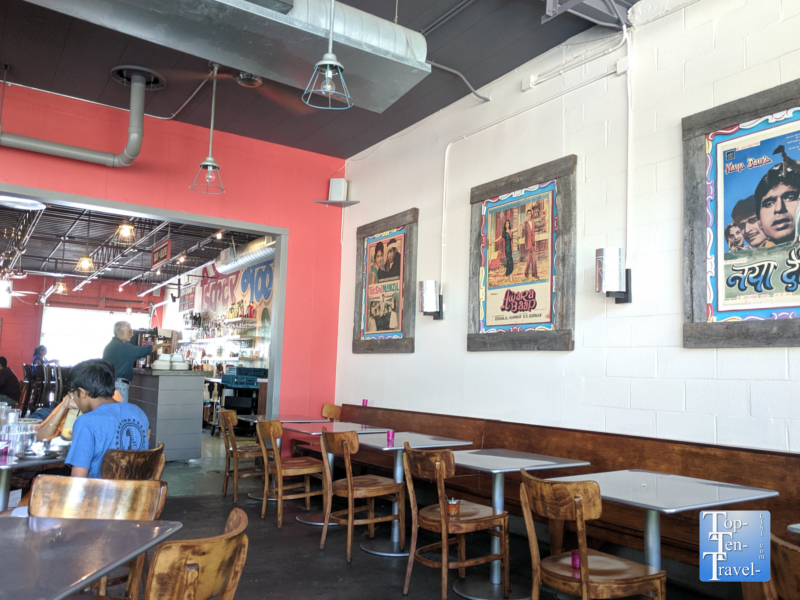 Chai Pani is worthy of a visit by anyone who loves Indian food. This is one of your best bets for unique Indian street cuisine in the Atlanta region. Great thalis, fun & delicious street snacks, a modern vibe, and a great location definitely make Chai Pani a worthy addition to any adventurous Atlanta itinerary.