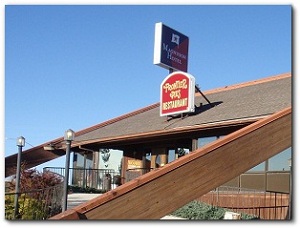 My boyfriend and I stopped Frontier Pies, a family dining restaurant in Rexburg after doing a hike in the area. We saw the restaurant from the road, and it looked like a cute mountain themed place, so we decided to stop in.

I ordered a breakfast special which included 2 eggs, hash browns, and toast. I thought the serving size was too small and the food just average. I ordered a piece of pumpkin pie with a coupon that I had for a free slice. The pie was just okay, and I probably would not get it again if I didn’t have a coupon. The waiter also said they did not have any whip cream because it was too early, which was weird. How can you serve pie without whip cream? Price Menu

The server was friendly, although really slow considering there were only 1 or 2 other people in the restaurant.

I liked the western feel of this western: the wooden booth tables with the name carvings and the woodsy looking walls made for a great theme. 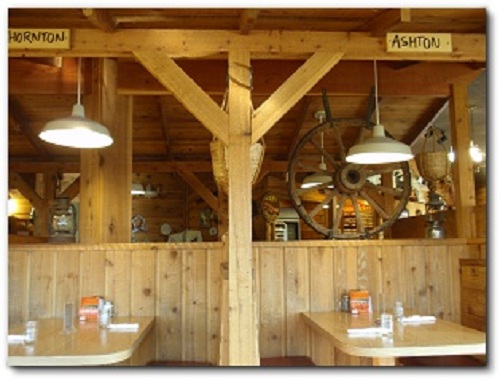 I would probably go back to Frontier Pies again if I was in the immediate area, but I would definitely not go out of my way to dine here.