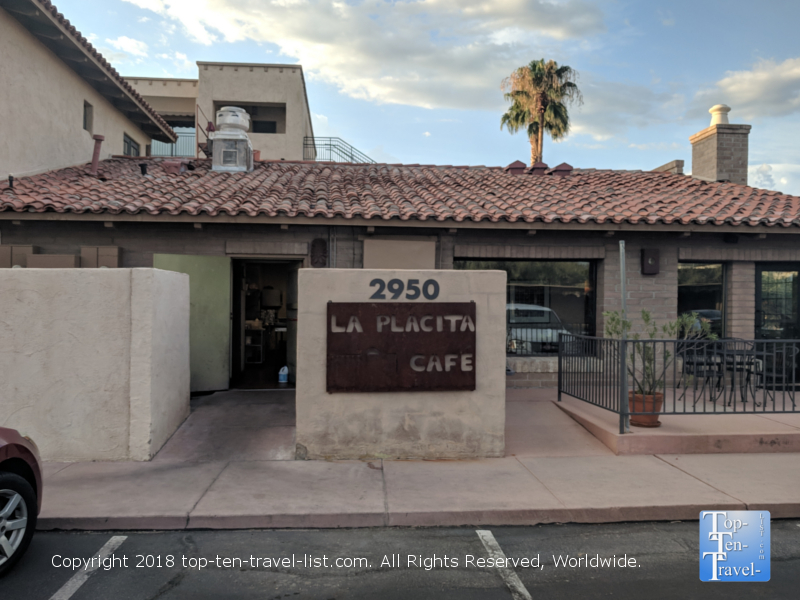 La Placita Cafe is an authentic Mexican restaurant tucked away in a near abandoned shopping plaza. Due to the hidden location, this cafe sees very little traffic, thus making it a great choice for anyone looking to avoid the more touristy Mexican eateries. The charming ambiance and authentic fare make La Placita a great choice for anyone seeking quality Mexican food in a casual setting.

Tucson is known for being home to "the best 23 miles of Mexican food in the country." There are numerous choices all over the city, from food trucks, to upscale modern, to touristy favorites like Guadalajara. La Placita is one of the hidden gems, unknown to most due to the semi hidden location.

La Placita offers all your traditional favorites like burritos, enchiladas, chimichangas, and fajitas. One of the great things about La Placita, which you do not find at many Mexican restaurants, is the absence of lard usage and the inclusion of many vegetarian entrees.

The complimentary chips and salsa were just okay, with the salsa being just a bit too sweet. We enjoyed the vegetarian enchiladas and the chicken chimichanga.

If you are up for something new - try out the Mexican pizza. This is basically a flour tortilla which is loaded with cheese and optional toppings (tomatoes, onions, black olives, shredded chicken) and then baked til crisp.

On the downside, the pricing is a bit over the top. There were numerous extra charges - $1.50 for the chimichanga, 2 bucks extra for enchilada style, etc. Portions were pretty small too for the price. Nevertheless, the food was pretty tasty, so worth the extra fee.

Service is great at La Placita. The staff are very accommodating and quick to refill any drinks and chips.

La Placita's dining area is quiet and simple with nice regional decor. It never gets too crowded, so it's the perfect choice for a laid-back dinner out. Due to the lack of crowds, reservations are not required and there is never a wait to be seated. 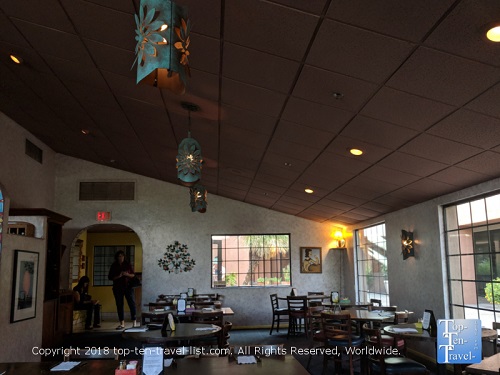 La Placita is a great low-key Mexican restaurant in Tucson. If you are looking for a non touristy, authentic Mexican meal sans the crowds, give La Placita a chance.