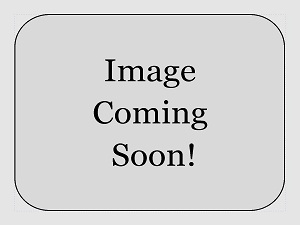 El Charro, established in 1922, is the oldest Mexican restaurant in continuous operation run by the same family. Unfortunately, it is far from the best Mexican food in the nation, or Tucson for the matter. The original El Charro is located downtown on Court Avenue, although it is has expanded into a regional chain with 4 additional locations. Not only was the atmosphere way too noisy and cramped at the Oro Valley location, but the very lengthy wait for a table was not at all worth it for the bland, overpriced food and very poor service.

El Charro offers a very large menu with all your typical Mexican appetizers and entrees, as well as an all day breakfast menu and attractive happy hour deals from 3-6pm daily. They also offer quite a number of vegan options, which is quite unusual for a Mexican restaurant.

We tried on the Chicken Chimichanga and the Vegetarian Burrito. Both were just alright, definitely not the best we have ever had, and the burrito comparable to something we could have easily made at home. The rice, which strangely included peas, and the beans were both very bland.

The founder of El Charro is said to have invented the Chimichanga after accidentally dropping a burrito in the fryer oil. Whether or not this is true, it really makes no difference, as we have had much better Chimichangas elsewhere.

Everything was way over priced, especially the $3 charge to make the Chimichanga enchilada style which is typically included with the price at most other Mexican restaurants. The first basket of chips and salsa is free, while the next is $2. Unfortunately, they were not good enough to justify a second order.

On the plus side, they use cage free chicken and do not use trans fat oil to fry the food. Although I do applaud El Charro on their use of healthy ingredients (as most Mexican restaurants do not bother), I would never come back due to the flavorless food, high pricing, and bad service.

Service at El Charro was pretty poor. The waitress did not even come back after taking our order and it took forever to get the check!

The dining room at El Charro is very cramped and noisy. It's impossible to even hold a conversation due to the noisy levels. The seating is not uncomfortable and the decor a bit too chain like for my taste. Overall, it felt more like a chain restaurant experience like Chilis , rather than a true authentic Mexican experience.The lengthy wait just is not worth it for the sub par food and atmosphere. 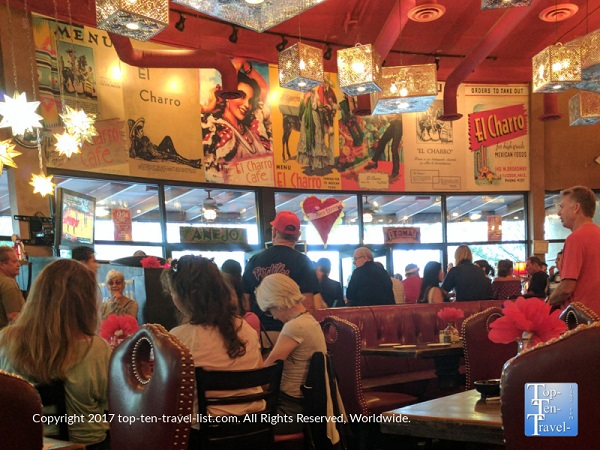 There are many better options for Mexican food in Tucson. Seis Mexican at Mercado San Agustin may not be the oldest, but its' one of the best places for authentic Mexican food in the city, and the ambiance (a shady outdoor courtyard patio) is much more enjoyable than the noisy setting of El Charro.