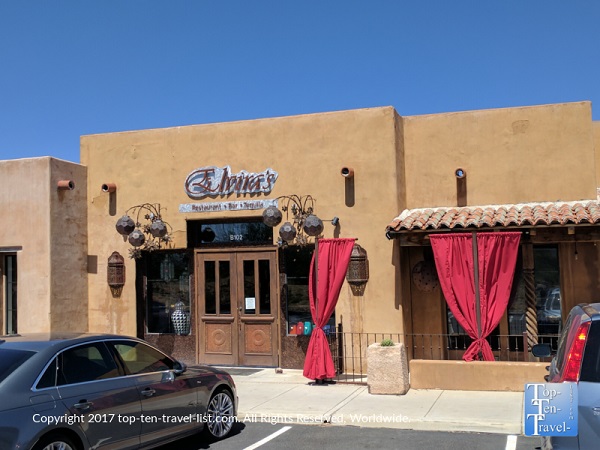 Elvira's is a fantastic local Mexican restaurant in Tubac which serves up some terrific authentic fare in an eclectic, visually stunning setting. Elvira's was at one time a popular restaurant in Nogales, Mexico, and since the restaurant received more traffic from Americans than locals, the Mexico location eventually closed and reopened in Tubac. A newer location recently opened in downtown Tucson as well.

Tubac is about 30 miles from the border (you will have to pass a border patrol checkpoint), although dining at the new Elvira's here is much more convenient than actually crossing the border. Tubac is a small Arizona tourist town known for its' strong local arts scene. After strolling around the galleries and boutique shopping, treat yourself to a delicious & fun meal experience at Elvira's.

The menu at Elvira's is quite pricey for a small town in the middle of the desert. However, the fare is authentic as well as creative. The menu is large and includes an assortment of familiar as well as eclectic options. It's a bit meat heavy, so vegetarians and vegans may have a hard time finding an option.

The Quesadillas Poblanos were so different and tasty, and I recommend trying them out, either as an appetizer or main dish. This delicious dish consists of turnovers stuffed with prickly pear, jalapenos, chihuahua cheese, poblanos, chiles, and roasted corn- smothered in salsa. In terms of other appetizers to try, the Taquitos de Papa (Fried potato and cheese tacos served with sour cream and salsa) are definitely a must try.

The one disappointment of the meal was the hard tostada shells served with salsa as the complimentary appetizer. As it was free, there really is nothing to complain about, however, I prefer the thin and crispy chips typically served by most Mexican establishments.

Service at Elvira's was good, although probably not up to par with what is typically expected at this high of a price point. The waiters seemed a bit too casual in both dress and service to justify the high menu pricing.

The prime reason for dining at Elvira's, asides from it being located in the middle of all the shops, is the vibrant setting. The gorgeous glass blown art hanging from the ceilings truly creates a setting unlike any other in Arizona. In terms of a beautiful dining setting in Arizona, it's quite hard to top Elvira's. 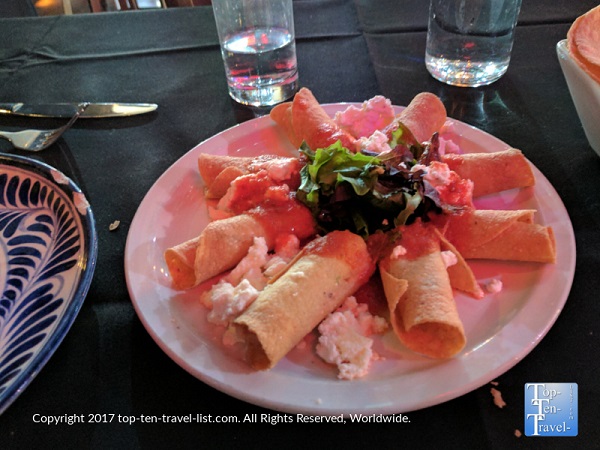 Elvira's is definitely the restaurant to try if you find yourself day tripping to Tubac from Tucson or anywhere else in the Southern Arizona region. After a long day of shopping for beautiful handmade Mexican pottery and trinkets and strolling around the local art galleries, a meal at Elvira's is the way to go.