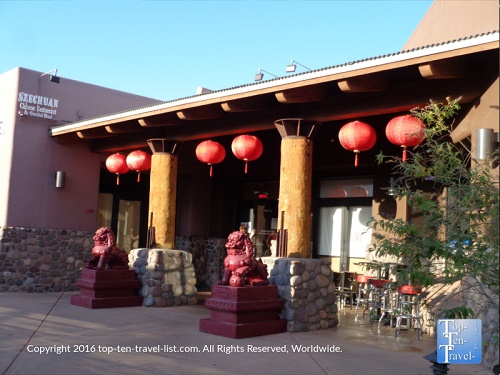 Szechuan is one of only a handful of Chinese restaurants in the Sedona area. Unfortunately, despite the attractive dining space and extensive menu, Szechuan really dissapoints in the food department. Entrees are overpriced and under seasoned, making Szechuan a define skip, especially when there are so many better restaurants in town (many of these with the added bonus of fantastic red rock views).

Szechuan offers both a traditional Chinese menu, as well as an extensive sushi menu.

The vegetable egg rolls were horrible and definitely tasted like they were out of the freezer section. The servings here are very tiny compared to most Chinese restaurants. You will only receive 2 mini egg rolls for $4. In terms of pricing, entrees start at $12 (even a simple plate of fried rice) and a bowl of soup runs $9!

While the veggie fried rice was okay, it was basically your standard chain offering (think Pf Changs). Basically, instead of being naturally flavored with seasonings, tons of soy sauce needed to be added to make it tasty.

The Mixed Vegetables Delight was a horrible value. For $12, the plate consisted only of big chunks of under cooked vegetables in a weird tasting sauce with a tiny cup of rice on the side. It was barely edible and definitely not worth the high price tag.

Service was pretty standard, although our waiter was a bit slow and did not really check back on us all that often.

The setting is spacious and modern. However, the attractive dining room really does not make for the low quality, overpriced food. 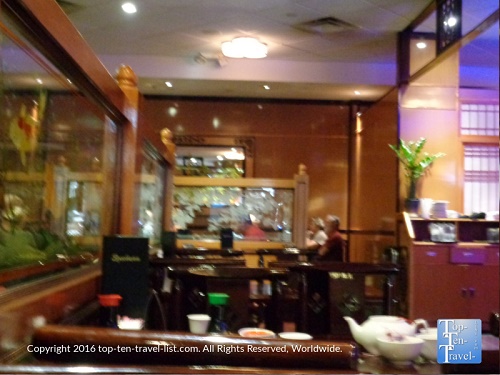 Szechuan is a definite skip if you are limited on time in Sedona. Unfortunately, none of the Chinese restaurants I have tried in Northern Arizona have been that great. You are better off trying out a delicious Mexican or Southwestern themed restaurant, of which there are plenty.