Dining with the Coach: Ditka’s of Pittsburgh 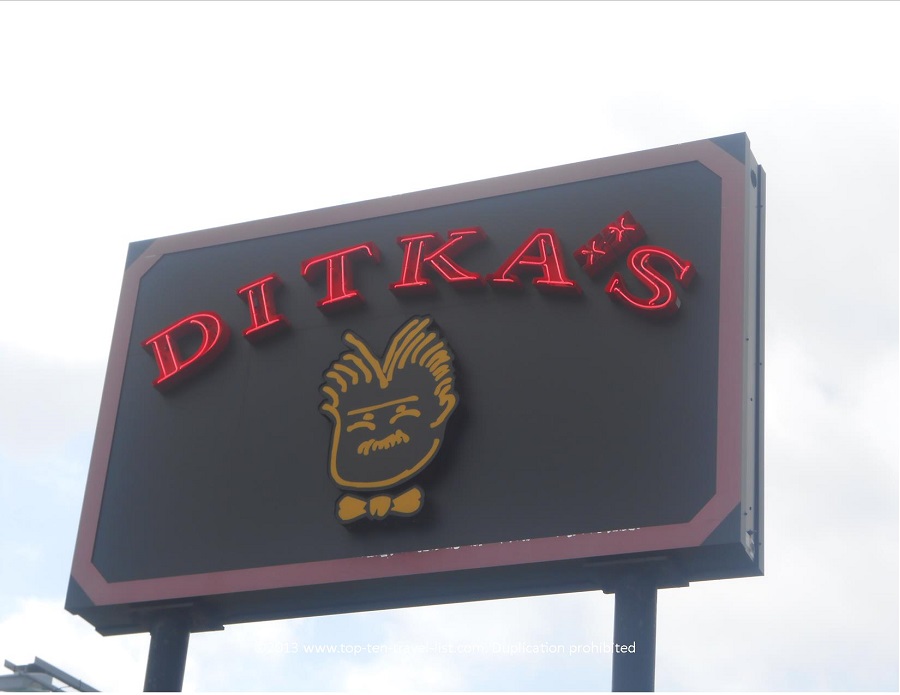 Mike Dikta, “The Coach,” former coach of the Chicago Bears and current analyst of ESPN’s Sunday Night Countdown, owns 4 restaurants. Two of the locations are in Illinois (downtown Chicago and Oakbrook Terrace). Another location is at the Vee Quiva Hotel and Casino in Laveen, Arizona. Mike and I noticed the sign for the restaurant’s Pittsburgh location while driving to our hotel. 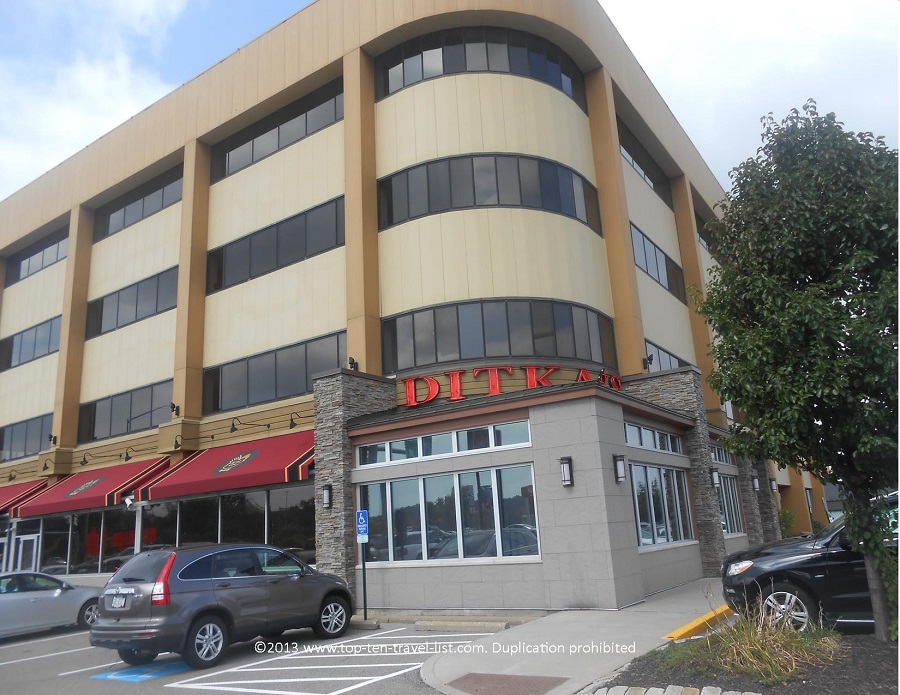 We had originally planned on trying the original Dikta’s location in downtown Chicago. However, we just didn’t have the time on our trip to squeeze it in. I never even knew there was a location in Pittsburgh; I thought Chicago was the sole location. We just happened to pass by it and figured why not give it a shot since we missed our opportunity in Chicago. We were pleased with the ease of access compared to Chicago – no need to find a parking garage as it is located next to a mall in Pittsburgh. 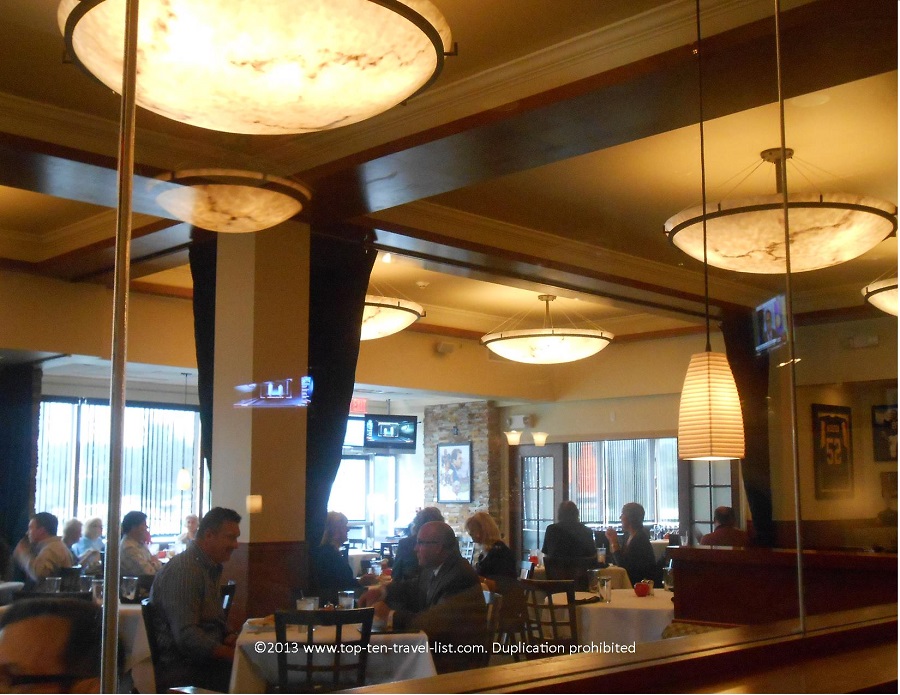 Inside the dining room is refined and elegant. Waiters are friendly, yet professional. The atmosphere is perfect for a romantic evening out or before an event in the city. This popular restaurant has won many awards, including the Wine Spectator’s 2013 Award of Excellence and 2012’s Open Table Diner’s Choice Award.

I was pretty nervous at first glance at the lunch menu. I couldn’t find any vegetarian entrees! Then, I was going to get the soup and salad special, only the soup of the day wasn’t vegetarian either! I finally decided to order the Half Sandwich & Salad combo. I chose the Caesar salad & Blackened Chicken and Avocado Wrap (minus the chicken). 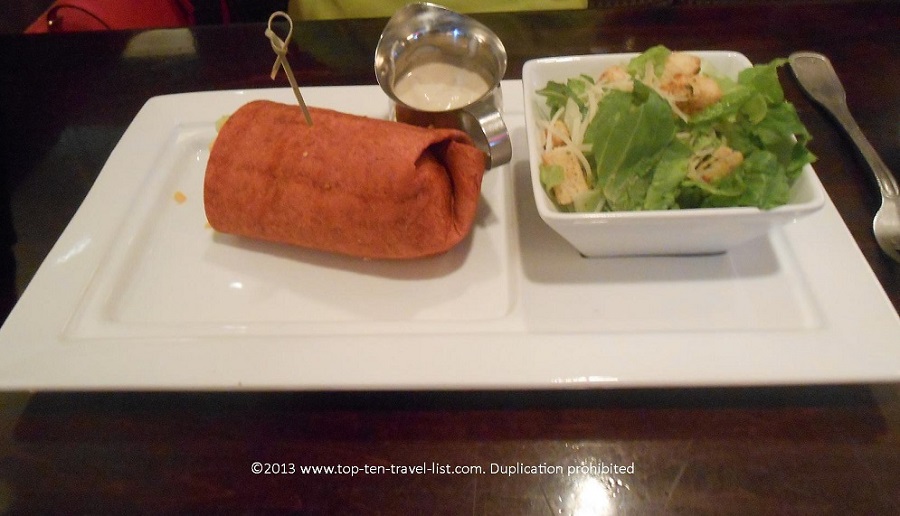 I wasn’t sure what to expect without the chicken. To my surprise, the sandwich was absolutely delicious. They actually used romaine lettuce unlike most restaurants which use the cheaper iceberg alternative. The combination of lettuce, tomato, avocado, onions, cheddar jack cheese, and chipolte mayonnaise was actually quite appetizing.

Mike ordered the Natural Turkey Burger, a favorite which he can always count on. This healthier version, served on a whole wheat bun, included lettuce, tomato, red onion, monterey jack cheese, and mustard mayonnaise to add the perfect seasoning. 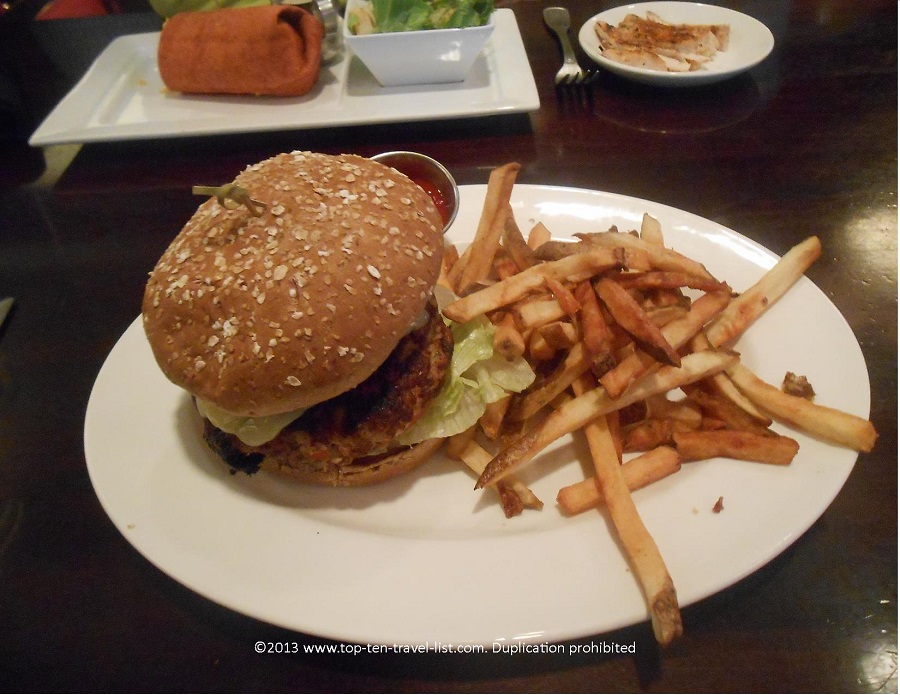 The absolute best part of the meal was dessert! With so many tempting options like carrot cake, cheesecake, and flourless chocolate cake, it was hard to choose just one! We ended up going with the Flourless Chocolate Cake which I have always wanted to test out. The serving size was really small, however, the decadent, rich chocolate really satisfied my sweet craving more than enough. 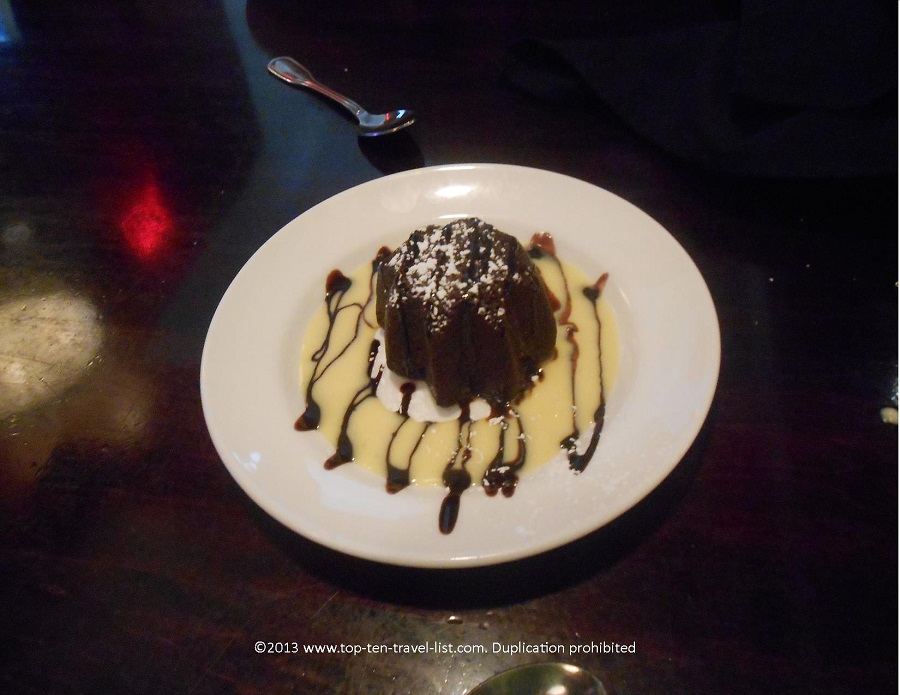 Check out the full Ditka’s menu.

I would definitely dine at Ditka’s again! The service, food, and atmosphere were all perfect.

Ditka coached the Chicago Bears during their 1985 Superbowl win.

Ditka is one of 2 people to win a Superbowl as a coach, assistant coach, and player.

Ditka played for the Chicago Bears, Philadelphia Eagles, and the Dallas Cowboys.

Ditka most recently appeared as himself in the 2005 film “Kicking and Screaming” with Will Ferrell. There are some funny scenes with him playing the neighbor of Will Ferrell.