The ballcourt pictured below was used for ceremonial gatherings. It is speculated that people came from far away to participate in special rituals and ceremonies. It is suggested that the ballcourt also could have been used for competitive sports, such as an ancient version of hockey. 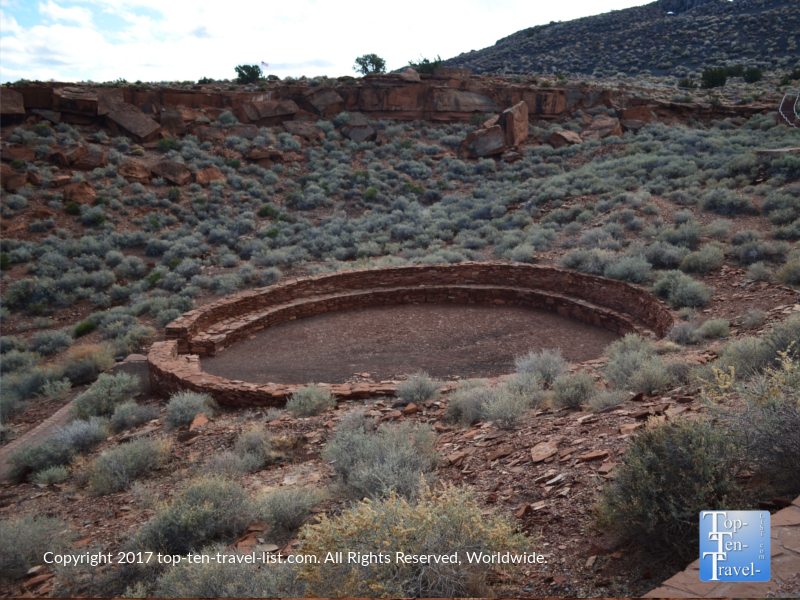 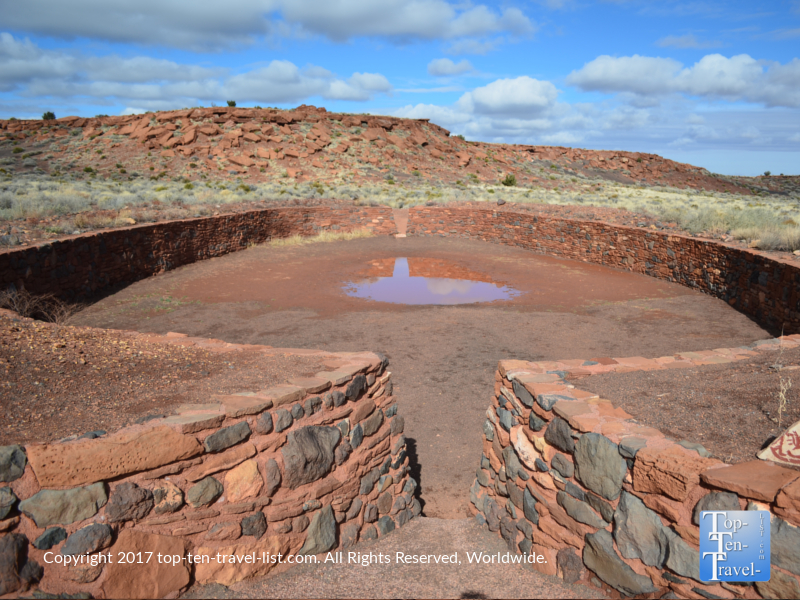 The Cohonina, Kayenta Anasazi, and Sinagua tribes first inhabited Wupatki in 500 AD. The population increased after the eruption of nearby Sunset Crater, as the volcanic ash improved the soil’s ability to retain water, thus improving agricultural conditions. By 1225, the site was completely abandoned, however, it is believed that the people that lived here linger on as spiritual guardians.

Asides from Wupatki, you will also get to explore the Wukoki, Lomaki, Box Canyon, Citadel and Nalakihu ruins. 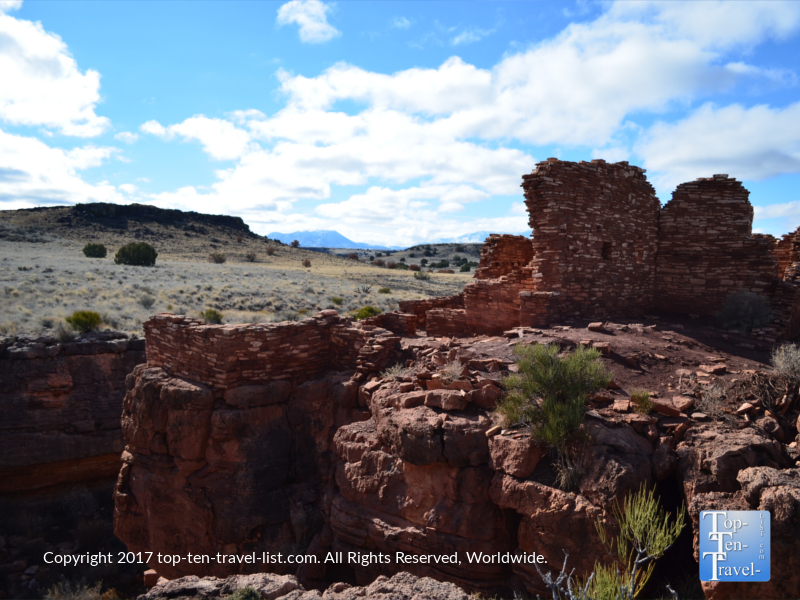 The Lomaki Pueblo is a 2 story ruin said to be inhabited in the 13th century. 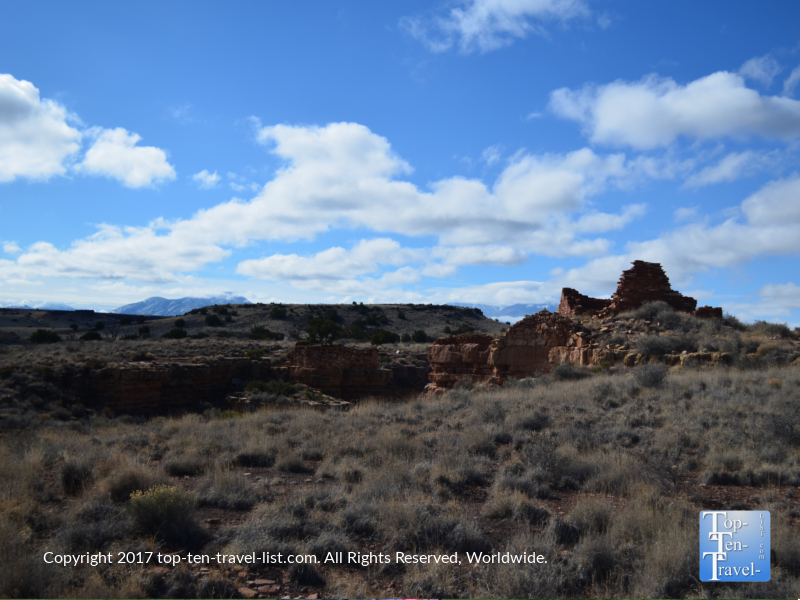 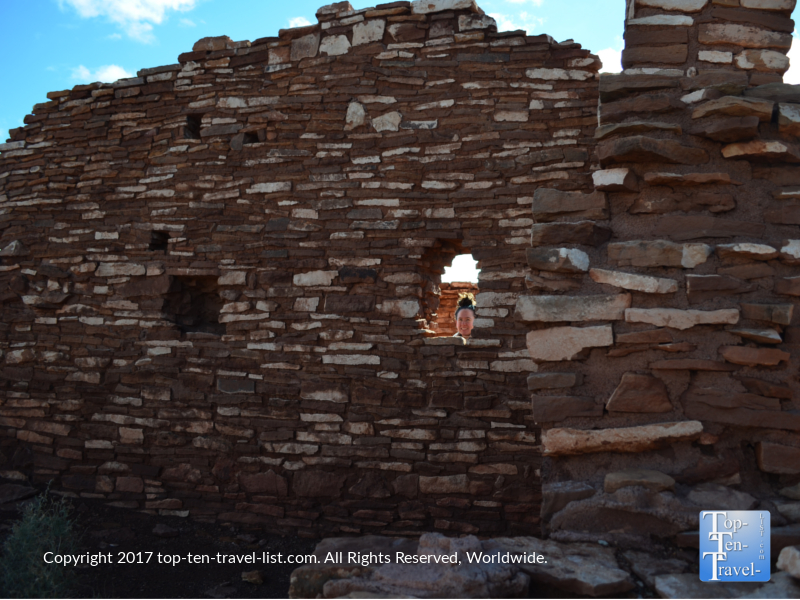 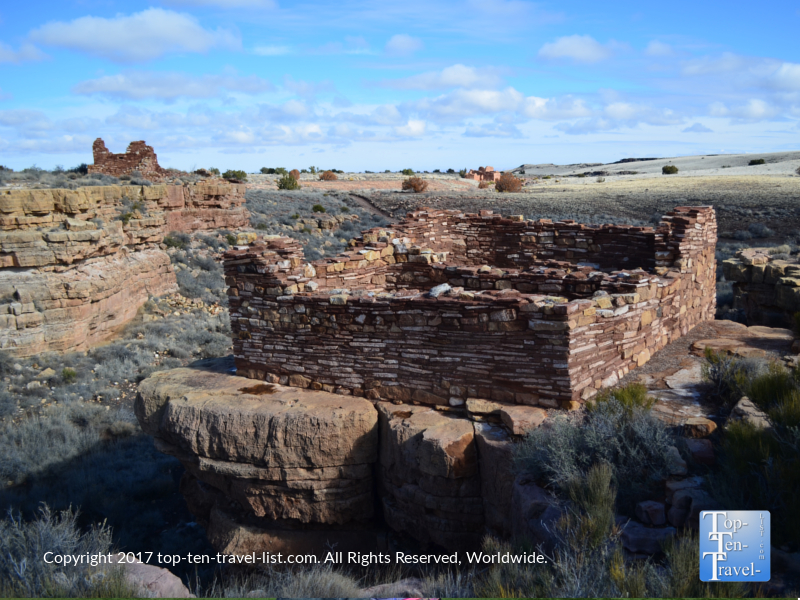 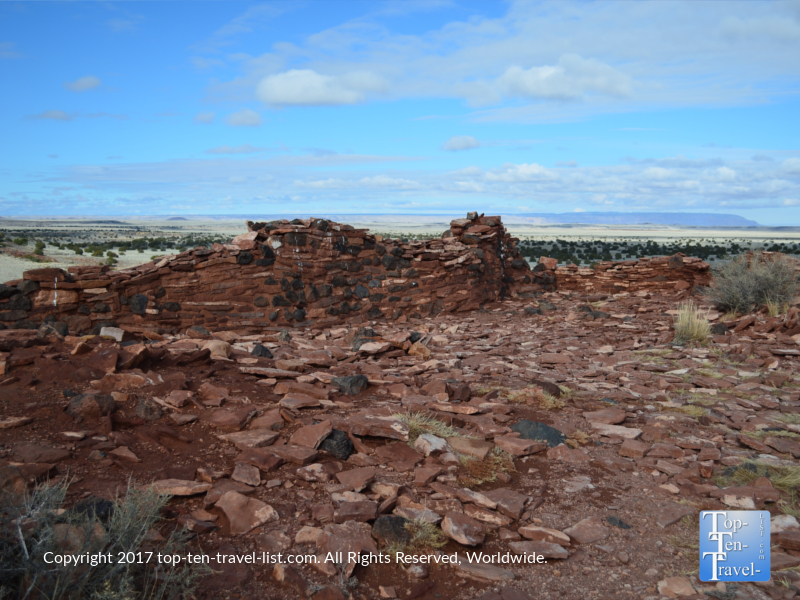