Attraction of the Week: Standin’ on the Corner Park in Winslow 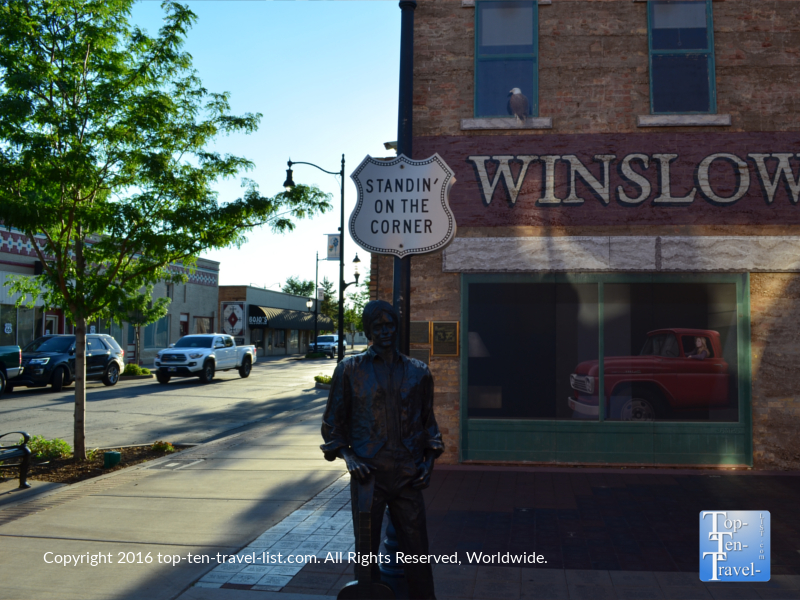 Standin’ on the Corner Park is a popular road stop destination amongst fans of the classic 1970’s Eagles song “Take it Easy (co-written by Glenn Frey and Jackson Browne). Winslow, Arizona, a small town 60 miles east of Flagstaff just off of Route 66, is most famous for being mentioned in this classic rock tune, which has been featured in the Rock N’ Roll Hall of Fame’s list of “500 songs that shaped rock and roll.”

Almost everyone remembers the catchy lyrics as soon as the town’s name is mentioned. It’s hard not to sing along to the catch tune as it comes on the radio.

“Well, I’m a standing on a corner in Winslow, Arizona and such a fine sight to see. Its a girl, my lord, in a flatbed Ford Slowin down to take a look at me.” 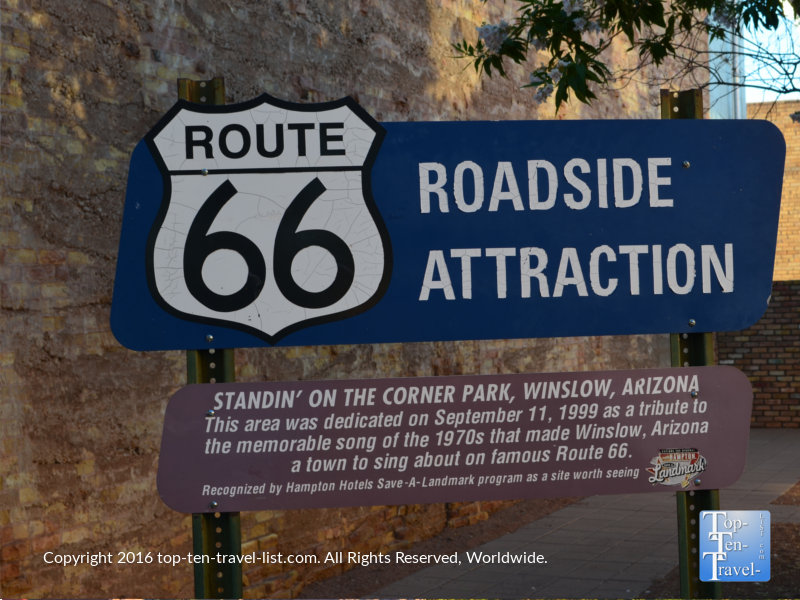 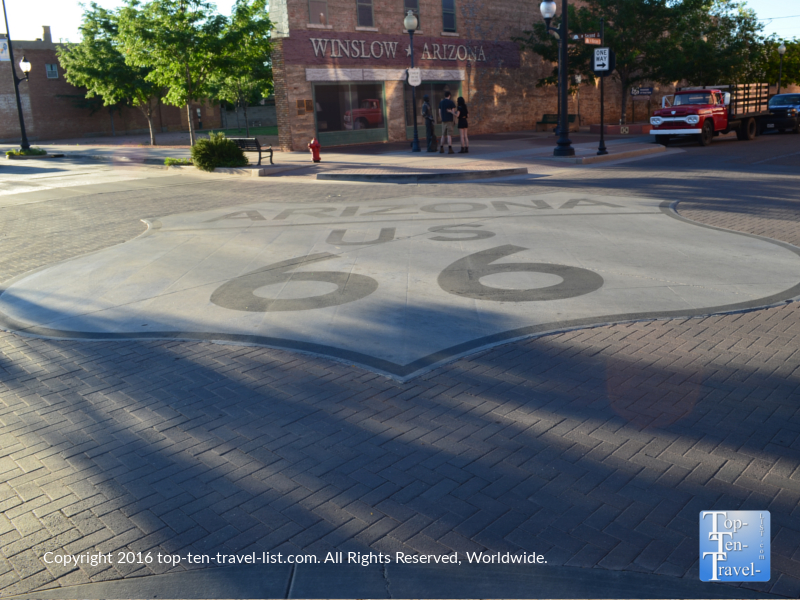 Interesting enough, there is confusion about whether Flagstaff, not Winslow actually inspired the famous lyrics. The corner referenced in the song might have actually been inspired by a woman Browne saw at the Flagstaff Wienerschnitzel on Route 66 (now home to a Dog Haus). In an interview with the Los Angeles Times, Browne stated “It was always Winslow. But that image of a girl driving a truck was an image that came from the East. To be precise, from East Flagstaff.” No matter the inspiration for the actual lyrics, it’s a cool place to visit that comes with a free Route 66 souvenir to commemorate your Southwestern road trip.

The park’s dedication ceremony took place on September 10 & 11 in 1999 in historic downtown Winslow. Visiting this tribute to the iconic rock song is a fun break on any road trip as you have an excuse to get out of the car and stretch your legs after hours of driving through the boring desert. After taking a few souvenir photos “standin’ on the corner,” you can explore the downtown area which includes local restaurants and Route 66 souvenir shops. 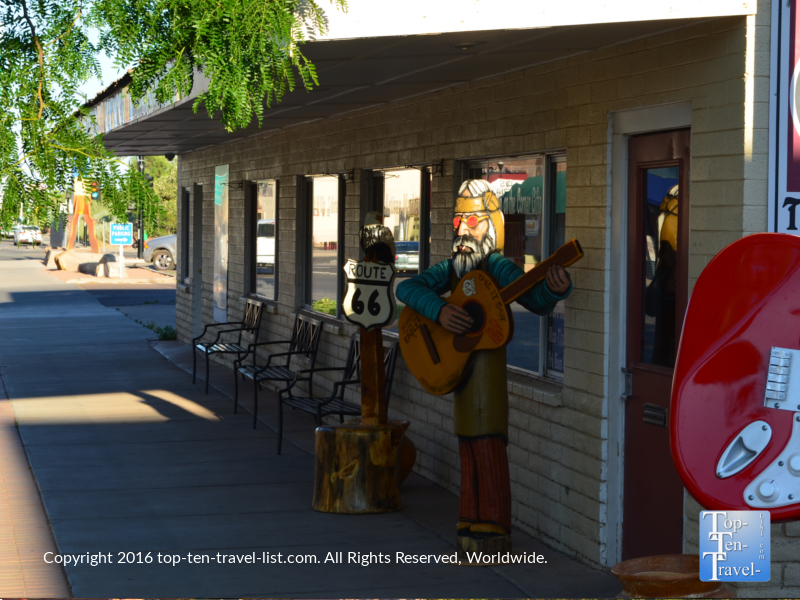 Every September, a Standin’ on the Corner festival featuring an Eagles tribute band is held, so if you happen to be visiting the last week of Septermber it might be worth checking out. Winslow estimates that more than 100,000 tourists visit each year just to take their picture at this famous site. This is great news for Winslow as this tourist attraction is helping to draw more people to the area. While Winslow was once the largest town in Northern Arizona, it began to lose the business of both locals and tourists after the construction of I-40.

While you are in town, you must also check out The Turquoise Room, a fantastic Southwestern restaurant which is frequently named amongst the best in the state. Or better yet, book a room at the beautiful La Posada Hotel, built in 1929 and featured in the National Register of Historic Places. The hotel, known as the “Last Great Railroad Hotel,” has been the recipient of numerous awards including one of the “World’s Best Places to Stay” by Conde Nast in 2009.

Standin’ on the corner park is located at: N Kinsley Ave, Winslow, AZ 86047. You will see a billboard advertising the attraction a few miles before entering town. There is no fee to visit this attraction. Free side street parking downtown is available.

Flagstaff: The City of 7 Wonders